THREE doctors weighed in on the decision to end the transportation mask mandate and gave tips on how to protect young kids on planes.

A federal judge’s decision to void the federal mandate was met with anxiety and literal rounds of applause, which were captured in viral videos shot from inside a plane after the announcement was made.

The judge’s decision went into effect with the summer right around the corner, which Expedia CEO Peter Kern predicted back in February will be the busiest travel season ever.

The Justice Department said it will appeal the decision if the Center for Disease Control and Prevention (CDC) believes masks are still necessary.

While the DOJ and the Biden Administration decide their next step, The Sun spoke to three doctors, who all agreed the decision was premature with the number of cases spiking again.

“We’re seeing an increase in cases because of the Omicron subvariant, so I would not be surprised if it continues,” said Dr Bonat, of VIP StarNetwork, a leading provider of COVID support services

She and her colleague Dr Johonniuss Chemweno, CEO of VIP StarNetwork, said it’s vital that eligible children get vaccinated if they’re going to travel.

They should also get tested before and after they board a plane, Dr Bonat said.

And if the children can wear masks and their parents wear their masks, the will protect themselves; even if others on the plane aren’t wearing it, Dr Chemweno said.


Netflix warns it will CHARGE users who share their passwords


Only Fools and Horses' Raquel and Cassandra unrecognisable on Loose Women

The DOJ issued a statement Tuesday saying it disagreed with the court’s decision.

“The Department continues to believe that the order requiring masking in the transportation corridor is a valid exercise of the authority Congress has given CDC to protect the public health. That is an important authority the Department will continue to work to preserve. 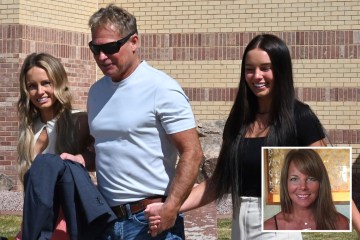 “On April 13, 2022, before the district court’s decision, CDC explained that the order would remain in effect while it assessed current public health conditions, and that the Transportation Security Administration would extend its directive implementing the order until May 3 to facilitate CDC’s assessment.

“If CDC concludes that a mandatory order remains necessary for the public’s health after that assessment, the Department of Justice will appeal the district court’s decision.”

The biggest Christmas and New Year holiday bargains this winter with trips to Spain, Turkey and Egypt from just £274pp