COME Easter time, you can’t walk into a supermarket without being bombarded by an overwhelming array of chocolate eggs and gift packs.

But there are some ways to make the job easier while scoring some great deals on holiday gifts.

Georgia Lister, from South London, has worked at Morrisons for nearly two years so it’s safe to say she knows a thing or two about supermarket secrets.

Shop ahead of time

First and foremost, be prepared and keep a lookout in the supermarket weeks ahead of time.

You might think you have plenty of time to buy when you see chocolates in-store up to a month before Easter, but sometimes, that’s when you get the best deals. 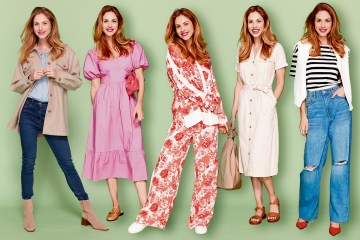 But you might just be in luck as Georgia says: “I think these will drop again just before Easter to 99p.”

Know where to look

There will always be a dedicated chocolate aisle in any supermarket you walk into, but don’t be fooled into thinking that’s everything they have.


Queen, 95, 'regretfully' pulls out of Easter event but will continue working


I gave my council house a posh makeover, I won't give it up to someone poorer


I’m giving my daughter the same name as her half-sister, people say I shouldn't

Often, there’ll be a separate section full of marked-down goods, or amazing deals in the lead up to a big day – and at Morrisons, it’s often near the front.

“Always hunt around the store as usually at the front of the store is where the best deals are,” reveals Georgia.

Weigh up your options

Don’t be fooled into thinking the bigger the box, the more chocolate you get, because often this isn’t the case.

“Look at the grams on the packet so you can choose the biggest egg,” Georgia advises.

By doing this, you’ll know exactly how much chocolate you’re getting for your money – and you won’t be paying more for less.

If you’re seeing friends or family after the Easter long weekend, consider doing your shopping then too.

“The day after Easter everything will go down to clearance – not just eggs but all the craft Easter stuff to,” Georgia revealed.

Katie Price, pull yourself together for your kids, says Piers Morgan

There’s usually a lot leftover too so you’ll still be spoilt for choice.

And you might be able to stock up on Easter bits for the following year too.

Georgia Lister, 23, has worked at Morrisons for two years and shares how you can nab the best deals[/caption]

What is a concierge? Why do I need one?

Boy, 14, killed by box jellyfish which ‘wrapped its 6.5ft tentacles around him’