The Magic of the word LOVE appears on Manchester Billboard

In 2019, Ashley Simcock, 39 from Manchester, came across a documentary, which featured a story from John Pogachar on how he received an inspiration to put the word LOVE, on a Billboard.

No websites, no Buy one get one Free, Just the word, Love. 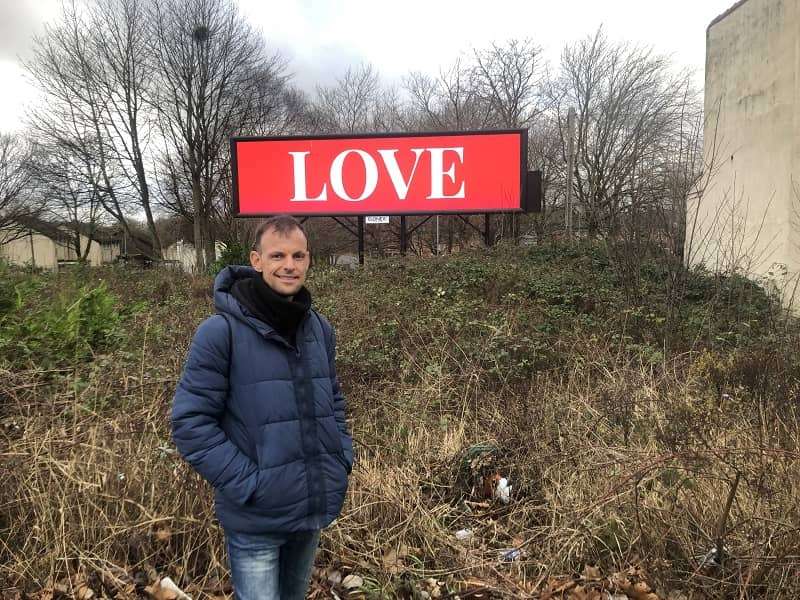 John then went on to Collaborate with the creator of the Documentary, Comedian and Transformational Speaker, Kyle Cease, and the first two LOVE Billboards went Live.

John’s story has gone on to touch and encourage many others, and so far, there has been 159 Love Billboards in 7 countries, including USA, Russia, Ukraine, and New Zealand.

Now, Ashley has also answered the call to help the International Movement ‘Love on Every Billboard’, contributing the 160th, and the first of its kind in the UK.

The Billboard can be observed by the Thousands of Daily commuters on Queens Road, Manchester throughout February.

To continue the collective effort, Ashley is campaigning to raise £100,000 to stream the word Love on another 100 Billboards around the UK, and Readers can Donate here on Go Fund Me https://www.gofundme.com/f/f78y6d-love-on-every-billboard.

Martin Clarke Mail Online leaving speech: 'Being an editor makes you a monster'

Stamp duty refund: How it works and how to claim