Tech industry management consultant Shamayun Miah believes that young people should not be afraid of taking risks in their professional lives. In fact, bold, yet calculated career moves can strategically propel your career to new heights.

As a management consultant with years of experience under his belt, Shamayun Miah has worked with global technology companies and startups. He describes the industry of management consulting as a challenging and fast-paced field.

Shamayun Miah says that management consultants need to combine hard skills and soft skills. You need enough hard skills for consulting for tasks like data analysis, modelling, industry knowledge, understanding of domain and processes. And soft skills like impactful communication, presentation, negotiation; you should also make industry connections and networks with others. 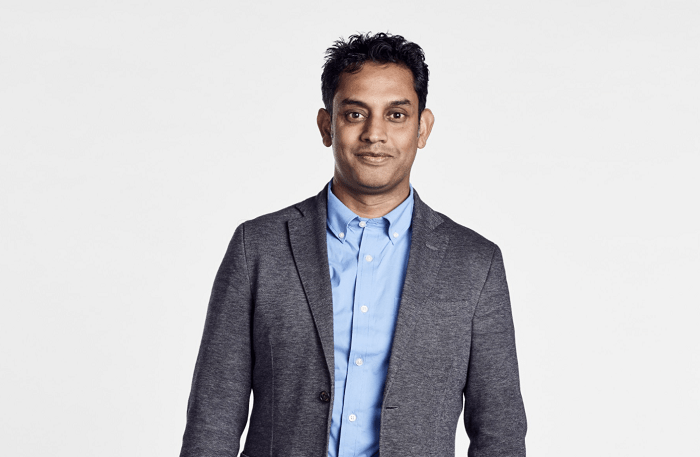 One thing that helped Miah was making connections outside of his firm, which he recommends that all consultants do. Networking with industry peers and clients help you advance your career, find new work and build a network where you can learn and share experiences. It helps you with insights you may not have otherwise thought of.

“Start building connections early in your career. This will help you when you’re ready to dive into management consulting.”

On the other hand, Miah says it’s also important to make sure management consulting is the right field for you. Consulting is not a 9-5 job; it requires a high energy level. You are always on the road, constantly dealing with client challenges and often working under tight deadlines. You need to be a person of high resilience.

Shamayun Miah specialises in banking, airline and energy industries and has accumulated experience in large-scale digital transformation and performance improvement programmes. Over the years, he has worked on many large-scale implementations of cloud computing, artificial intelligence and automation.

A key part of Miah’s role is building businesses, which he has a solid track record for. Out of the many components that go into building a business is heading up a company division, supporting company growth ambitions and supporting employees and clients.

His illustrious career in consulting, especially in the early-stage tech startup arena, speaks volumes about what can be achieved with the right mindset, tenacity and values.

Shamayun Miah says he preferred the road not taken from the beginning of his career. As an economics graduate, he became involved with one of the many startups that mushroomed during the .com era in 1999.

The stint was short-lived as much of the bubble burst in 2000, leading to the closure of many such startups, including Shamayun Miah’s employer at the time.

One trait that helped Shamayun Miah stay active and working is a trait that he brought to his career in management consulting – the ability to network with others and form solid working relationships.

“I was motivated to be a part of the new era; I didn’t give up on my ambition and managed to get involved in other startups thereafter. Looking back, I realise that seeing businesses fail was equally important in my career as watching them succeed,” he adds.  The failures in life and career help you build resilience, enabling you to achieve great things as failure is life’s great teacher.

Recalling another experience, Shamayun Miah says that his first taste of meteoric success with a tech startup based in the UK through sheer hard work was one of the most rewarding aspects of his career.

“Watching the company grow leaps and bounds, gaining over 70 per cent of the UK energy, gas and water market and expanding from a dozen employees to 700 was very fulfilling,” he added.

Shamayun Miah further said that most people prefer working in large organisations at the onset of their professional careers and then switching to smaller companies. He’s chosen differently. Working for a smaller company allows you to see change fast, make changes quickly, you get to know everyone you work with.  Given the flat management structure, you can get involved in many aspects of the company, which generally are not possible with a larger organisation that are much more structured and hierarchical.

Later in his career, “I took the risk and joined an international organisation which already had a high growth rate. I was tasked to look after their digital business in Europe,” he says.

Miah climbed the corporate ladder and became the general manager of that company’s operations in the Middle East and Africa.

He believes that success in managing any company requires a combination of management skills, strategic thinking ability, and leadership capabilities.  Leading high performing teams through inspiration, trust, and a common goal.

“Young leaders should understand and encourage people to build high performing teams and set the strategic goals of their organisations.”

“Leaders should inspire people to follow their example,” and in his opinion, is the most critical leadership skill one should develop, he adds.

“You need to not only communicate but also convince people at every level of their organisation towards achieving the common goal of the company,” value-driven leaders who establish a deep sense of purpose and responsibility and don’t cave under pressure are rewarded with motivated employees and their trust,  he says.

Miah reiterates that successful managers should lead by example and act with integrity, empathy, and compassion.

“You communicate what you practice. Therefore, my advice to young managers is to listen more than they speak.”

“By encouraging dialogue, you’ll be able to get a grasp of things on the ground and make well-informed decisions,” he says.

Talking about failures, Miah says that good leaders learn from their mistakes rather than dwell on past experiences and take on new challenges.

“Leaders are constantly called to make decisions with limited information, but sometimes great rewards come with great uncertainty,” he adds.

A huge component of leadership, according to Shamayun Miah, is cultivating a culture of respect and kindness. When Miah was interviewed by the Business News Ledger, he said he always thinks about service to his immediate and broader community.

Part of what makes Miah’s work so rewarding is that he has the opportunity to better not just businesses but everyone and everything that business touches. He can see the ripple effect of positive actions as it trickles down to the community as a whole. Aside from his solid work ethic, Shamayun Miah has a philanthropic nature and contributes to his community.

Miah says he was spurred to help people when he learned about the ongoing crisis in Yemen, which has been impacted by one of the world’s worst food crises. Over two million children over the age of five will suffer from malnutrition and die if they do not get the urgent assistance they require. This inspired Shamayun Miah to become involved with Muslim Hands, a UK based charity dedicated to helping vulnerable populations around the world by addressing the root causes of poverty and attempting to alleviate them.

Today, Shamayun Miah continues to help companies innovate, grow and expand; he constantly looks beyond his role as a management consultant and asks himself what he can do to make the world and his community a better place.

Everything you need to know about new Covid variant C.1.2

Back to school – what you need to know

Why we are preparing for a worst-case scenario winter season