Xbox Series S Black Friday 2021 deals: Get one for FREE with the Google Pixel 6

THE Black Friday sales are still happening – and there are some Xbox Series S deals to check out.

The day itself might be over, but we’ve listed the best prices on the Series S games console along with various other offers in this article. 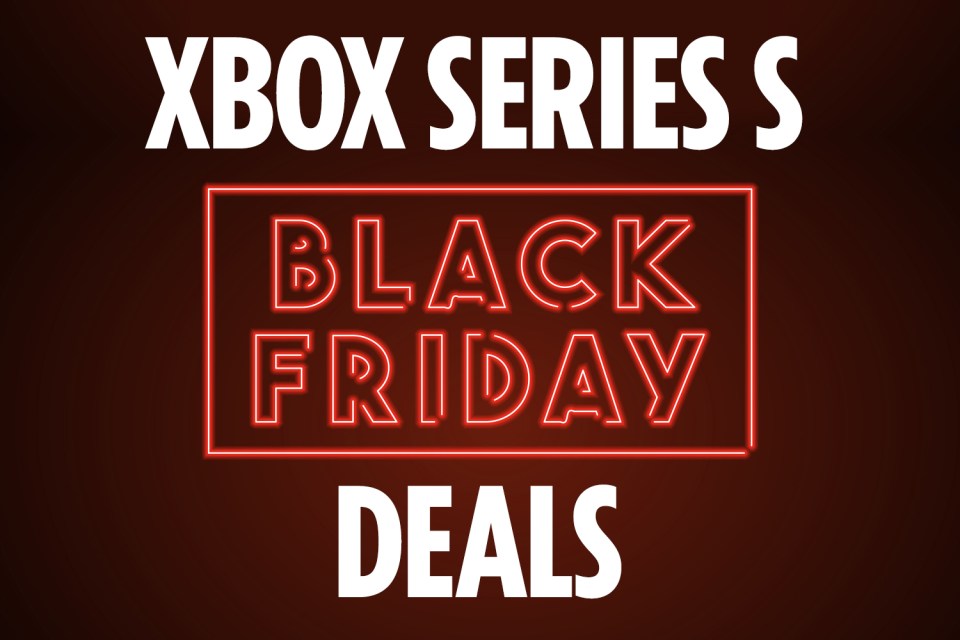 *We may earn revenue if you click the links below and buy the products but we never let this affect our recommendations. Remember, to shop around on Black Friday to make sure you’re getting the best price.

.The Xbox Series X quickly sold out has been plagued by stock issues, but the digital-only Series S is widely available.

That’s why we’re going to keep this page up to date with only the very best Xbox Series X Black Friday deals, when they start to appear.

Read on to find out more about Black Friday 2021 and with key dates and information – for an in-depth guide, there’s also our Black Friday explainer.

Where to buy the Xbox Series S console

The good news is that, unlike the Series X, the Xbox Series S hasn’t been affected by stock issues.

Where to expect the best Xbox Series S deals

Here’s a list of retailers who stock games and electronics, and are likely to stock

This year, the big day is happening on Friday November 26.

Black Friday is a decades-old tradition over in the U.S. (which is why it’s always the day after Thanksgiving), and has steadily gained popularity in the UK in recent years.

And despite rumours of Covid-related supply issues, we’re sure that this Black Friday will be just as big and crazy as previous years.

One word of caution though: the name suggests it’s a day-long sale, which it isn’t.

Instead, you can expect sales to start as early as the beginning of November, although the very best deals tend to be held back until the week of Black Friday itself, which starts Monday November 22.

Will the Xbox Series S be on sale this Black Friday?

This is a tough one to call.

Since there are no stock issues surrounding the Series S (unlike the Series X), retailers may well wish to knock down console prices.

On the other hand, they may take advantage of the Xbox fans out there who decided to get the lower-end console instead of the hard-to-find Series X.

With an RRP of £249.99, the Series S is a good £200 cheaper than the Series X, and it does show in the admittedly far lower range of features and specs.

Our guess is that we’ll see a wealth of price drops on subscription bundles when Black Friday lands – read on to find out more about past and predicted deals.

What Xbox Series S deals were there last Black Friday?

There were no outright offers on the console itself last Black Friday – but one thing to bear in mind is that the Series S (like the X) is backwards-compatible.

That means you can play games designed for its predecessor, the Xbox One – and we certainly saw a wide selection of games included in last year’s Black Friday sale.

And we’re confident that subscription and games pass bundles like the 12-Month Gold Membership bundle and 3-month Game Pass Ultimate bundle will see their prices lowered – watch this space!

Cyber Monday is always the Monday that follows on immediately after Black Friday – so this year, that’s November 29.

Historically, it was a day of online-only deals, whereas most Black Friday offers were exclusively in-store.

But internet shopping has boom in recent years, especially during the Covid pandemic, so in reality there’s very little difference between the two sales days.

You can expect a final wave of deals on Cyber Monday, plus some potential further price drops on products already on sale.

However, take caution: if you see a great deal during Black Friday, it may well sell out by the time Cyber Monday comes around.


GHD Black Friday Sale 2021: Up to 26% off selected items and a FREE paddle brush


Best Amazon Black Friday deals today in the UK and US

Need a screen for your console? Don’t miss our pick of the best TV Black Friday deals.

And for more bargains across a wider range of electronics and gadgets, there’s our Black Fridays tech deals article.

If you click on a link in this story we may earn affiliate revenue.

Feral goats and total tranquility: What it’s like to take a walking holiday in Northumberland

What is avian flu?