A WOMAN has been left stunned after discovering a little-known fact about cereal boxes during a routine trip to the supermarket.

Charity shop fan Francesca took to TikTok to share a video of her discovery, writing: “WHAT?!

“Did anyone else know that cereal boxes do this?”

In the clip, she showed the front of a box of Asda corn flakes, which featured three-quarters of a picture of a red bowl of the cereal.

She then placed another box with the side next to the front – forming a whole picture of the cereal bowl. 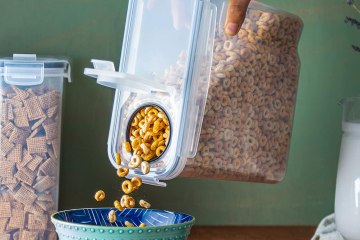 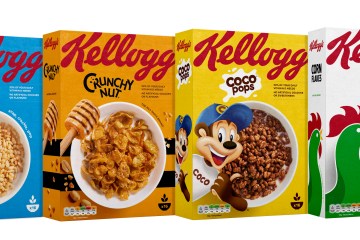 Kellogg’s now produces ONE MILLION boxes of cereal every day

“Every cereal aisle being rearranged,” one person commented on the TikTok post.

As another added: “Felix cat food makes a cat face!”

“Guess what I’ll be doing tomorrow in asda,” Francesca replied.

Someone else insisted they had known the fact, to which Francesca wrote: “How long have you known!?”


I worked in Asda, the weird items people would return & why Sunday's the worst


Woman shares easy hack to cool your house during the heatwave

Another fact that recently blew people’s minds about cereal boxes is how to correctly close them to ensure that the food doesn’t go stale.

Becky Holden McGhee wrote on Facebook: “It’s only taken me 40 years, but I now know the correct way to close a cereal box.

“Genius. It takes seconds, no more dried up cereal and ugly torn boxes to greet me every morning.”

Most people simply fold the top flaps so they meet in the middle, before storing the box in the cupboard.

However, the woman demonstrated how you should instead bend the sides in to make a V-shape in the cardboard.

I worked in Asda, the weird items people would return & why Sunday’s the worst

I live in a house on wheels – I built it with my dad, now I’m mortgage free

And then fold over flaps at the top inside the box and pinch the top together, to prevent air getting into the box.

The finished result should show a folded-in box with a sealed top, and contents should stay fresher for longer and remain crunchy.