GATWICK Airport has run out of WATER leaving toilets unable to flush and restaurants shut.

In another blow to passengers after weeks of travel chaos, a burst water main caused low water pressure in a terminal.

Just two toilets are understood to be working[/caption]

Just two toilets are understood to be working – with signs warning passengers of the disruption.

Meanwhile some restaurants have been forced to close amid massive hygiene concerns over the lack of water.

The airport has apologised and is offering passengers free bottled water until the matter is “quickly resolved”.

Passenger Raquel Rodrigues, 49, is travelling to Spain from Gatwick today and was hit by the water problems. 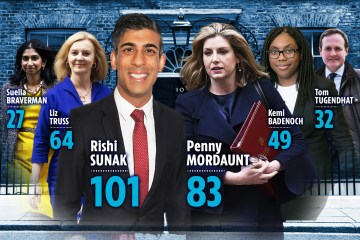 He described huge queues as passengers waited for two working loos – the only two in the terminal, he says.

Raquel told Metro: “There are only two working in the whole terminal and you can imagine what the queues are like.

“Nobody wants the airport to close but there are heated exchanges between staff and people trying to travel with young families.”


Love Island fans all have same complaint about Paige


Love Island fans convinced ANOTHER islander has quit after he ‘disappears’

FIT FOR A KING

Staff are working on fixing the issue.

It follows weeks of airline chaos, after Gatwick – the UK’s second-busiest airport – earlier announced it was scrapping 4,000 flights over the summer.

Daily flights will be capped at 825 in July and 850 in August – compared to 900 a day during the same period in previous years.

The announcement at the UK’s second-busiest airport will ruin the summer plans of an estimated 800,000 people.

It said the decision was taken following a review of its operations and that it is “temporarily moderating its rate of growth” for two months.

A Gatwick spokesperson said: “An issue with the supply of SES Water to Gatwick and the surrounding area this morning has led to lower water pressure than normal across the airport.

“We are working closely with SES Water to ensure this issue is resolved as quickly as possible.

“Bottled water is being made available to passengers and staff across the airport and other contingency measures are being put in place to ensure the welfare of our passengers.

“We apologise for any inconvenience to passengers.”

A spokesman for SES Water said: “We have identified a burst water main in Shipley Bridge, Crawley, and are working hard to resolve this.

“As we progress with the repair, we’re hopeful this will begin to restore pressure to the surrounding areas.”

Earlier this week, an easyJet passenger described how people were close to a “mutiny” as they waited for their flight to take off after a seven-hour delay.

The aircraft was due to depart from Gatwick airport to Dubrovnik in Croatia at 1.40pm on Monday.

But travellers were made to wait until 4.30pm before they were able to board the plane, ahead of a further four-hour wait on the tarmac.

The airline blamed “staff sickness at Gatwick airport” and coaching delays for the wait.

It follows weeks of travel chaos at airports, including Gatwick[/caption]

Passengers have been describing huge queues at check in[/caption]