The back row played for French second division side Montauban and was celebrating a 48-40 win over Narbonne at the time of the incident.

According to reports, Meafua had been with his team-mates enjoying the win before he fell 22 metres from the Pont-Vieux bridge in France, on Friday.

Team-mate Christopher Vaotoa jumped into the water below in an attempt to save Meafua.

But he could not reach the former Samoa sevens ace and had to be rescued himself – he was later treated in hospital for hypothermia.

Meafua’s body was recovered on Sunday and his club Montauban released a statement that reads: “USM Sapiac painfully announces the death of Kelly Meafua on the night of Friday to Saturday. 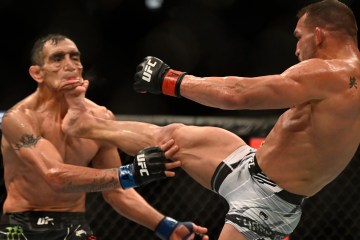 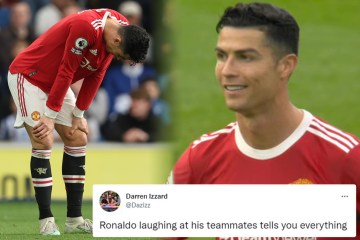 “The 31-year-old fell in the Tarn in the early morning, and did not survive.

“One of his teammates tried to rescue him, without success. Transported to the hospital for hypothermia, he was released this morning in good health. All training is suspended until further notice.

“The entire USM Sapiac club is shocked by this tragedy, and has a thought for his wife, his children, his teammates, and more generally, all club lovers.

“Kelly was a player very appreciated by all, his joie de vivre was infectious and radiant.

“Today we lost a player, a friend, a brother.”

Racing driver Abbie Eaton on inclusion in the sport: ‘It’s better than when I started but we need to keep pushing’

The two words you should never say to cabin crew, according to a travel expert

Dinosaurs swallowed their prey whole and spat out their bones, scientists say