THESE pictures show the shocking reality of life inside the world’s strictest lockdown, where babies are snatched from their parents to be put in CAGES.

The heart-breaking scenes from Shanghai, China, show Covid-infected babies and toddlers screaming their heads off from segregation cots in scenes which resemble a horror movie.

The unverified videos of babies and young children in state-run wards have been widely shared on Chinese social media platform Weibo.

Under China’s draconian Covid rules, ANYONE found positive – even if asymptomatic or with a mild infection – must be isolated from non-infected people.

The rules mean kids under-seven years old are snatched from terrified parents and placed in health centres to be monitored by sinister staff.

While older children are locked in quarantine facilities away from their loved ones to stop them from spreading the virus. 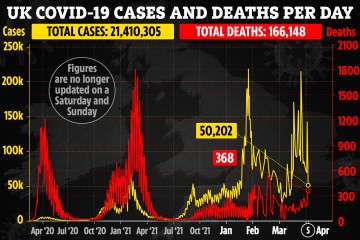 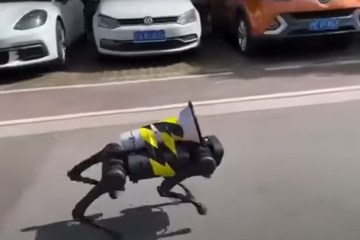 RISE OF THE BOTS

Meanwhile the streets of China’s largest city are completely deserted.

Shanghai remains locked down as authorities try to bring an end to the country’s most severe virus outbreak since the end of the first wave in early 2020.

The cruel policy has rocked the city of 25 million to its core, sparking mass panic, anxiety and outrage amongst horrified residents.

Despite the hard-to-watch scenes, health officials in the city of Shanghai have defended the brutal separation policy despite growing frustration at the city’s zero-Covid policies.

Most read in World News

In a chilling statement on Monday, Wu Qianyu, an official from the Shanghai Municipal Health Commission, confirmed the harrowing policy.

She said: “If the child is younger than seven years old, those children will receive treatment in a public health centre.

“For older children or teenagers… we are mainly isolating them in centralised (quarantine) places.”

She added the policy was integral to virus “prevention and control work” and did allow parents who are also positive to isolate with their kids.

But enraged parents and guardians have taken to social media to voice their anger at the child snatching regime.

There have been no photos at all… I’m so anxious, I have no idea what situation my daughter is in

“That’s absurd… it should be their most basic right.”

Shanghai resident Esther Zhao brought her daughter, two, to hospital with a fever on March 26 and they both tested positive for Covid three days later.

Shockingly, doctors attempted to take Zhao’s child away to a quarantine centre alone and threatened Zhao when she didn’t comply.

Since then the desperate mother and her husband haven’t received a single photo of their beloved child.

What’s more, they have been deprived of information, with doctors only giving them one brief update despite their desperate pleas.

She told Reuters: ‘”There have been no photos at all… I’m so anxious, I have no idea what situation my daughter is in.

Diplomats from more than 30 countries have written to the Chinese foreign ministry demanding an immediate end to the brutal policy.

While the British embassy in Beijing said it was concerned by ‘recent instances when local authorities have sought to separate minors who tested positive for COVID-19 from their parents’.

Despite promising no more lockdowns, the city introduced a two-stage one, initially billed as lasting four days each to mass test both sides of the city.

On Monday the city recorded 9,000 new virus cases and is the epicentre of China’s outbreak.

Rows and rows of kids are being held in hospital facilities in Shanghai, away from their parents[/caption]

The challenges in Sajid Javid’s in-tray as health secretary

Assessing the risks of SARS-CoV-2 in wildlife