A COUPLE converted an old van and transformed it into a home on wheels so they could travel around the world – and they’ve got tips on how you can do it too.

They travelled across Europe in 2021 and are currently in Canada with plans to drive all the way down to South America, before getting the van shipped from Argentina to South Korea.

Now they’ve shared their advice on van conversion so you can do the same thing.

The pair broke the process down into two phases. The first phase was planning, the second phase was doing.

Starting from the beginning, they said the first thing anyone considering van life should do is to set a budget. 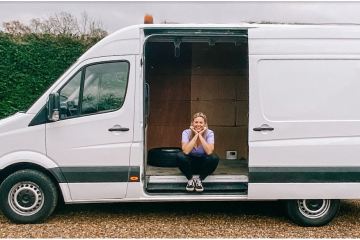 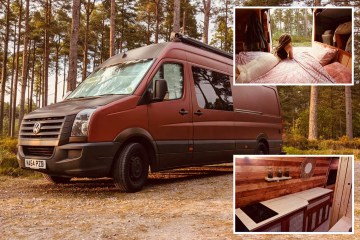 Couple spend three months renovating van into a camper – and it’s yours for £7.50

Cazzy said: “The first thing you need to do is work out how much you can spend and how much you want to spend.

“Set a budget and decide what you’re going to use the van for – if it’s just for weekends away or surfing trips, then you won’t need to spend as much compared to a van you’re going to live in full time.”

Once you’ve decided what you want from your van, you then need to go and find it and get it insured.

But be warned, your insurance has a time limit, so don’t get caught out.


Chaos for thousands of Brits as Spain extends Covid restrictions

The pair broke the process down into two phases: planning and doing[/caption]

Cazzy said: “I didn’t know that when you get insurance to convert a van you get a time limit and it’s more expensive the longer it takes.

“You’ll need to see how much time you can dedicate to converting the van so you can sort out the insurance.”

The third step in the van process is to plan the layout.

Cazzy said: “Work out what you want your van to be like. How many people do you want to sleep in it? What kind of bed do you want – foldaway or permanent?

“Write down everything you’d feel comfortable with in your van and create the layout.”

The couple used an old school method when they designed their van.

Cazzy said: “A lot of people use graphics to see how their layout will look, but we just drew ours on paper and it turned out okay.”

Planning the layout is the last stage in phase one, and phase two kicks off with beginning the actual conversion.

The pair warned anyone beginning their van conversion that they should have all their tools and materials ready to go before they get started, as it’ll save time in the long run.

Cazzy said: “One thing we would definitely say is work out everything you’re going to need and order it all before you start.

“There’s nothing worse than starting a section and realising you need something else which is going to take three weeks to arrive.

“Buy everything in and only when it’s all there should you start the conversion – it’ll make it so much easier.”

You can then build your perfect van designed exactly how you want it.

Cazzy said: “For the first couple of weeks it’s chaos building it, but once you get past the initial bit and you can see what you’re working towards it gets easier.

“I would put everything in stages. Create a lovely big list and tick things off one by one.”

They also encouraged others not to be disheartened if something goes wrong as mistakes make your van original.

Cazzy said: “I love our van because the build is tailored to us and it’s quirky. When we put the floor in we cut a bit wrong and there’s a little patch that’s been redone. No one even notices but we do and it’s ours.

“Even the imperfections are nice. It gives it character and it doesn’t feel store bought.

“I can’t believe it was once just a van. I feel so proud of what we’ve created.”

Mum, 25, with son in car ran over toy shop worker & carried him on bonnet for 50ft

Another couple transformed an old van and it even has a home cinema.

And a third couple spent £23,000 transforming a van into a mini hotel – with a fully working tiled bathroom and kitchen.

Patrick Cockburn: Money, not danger, is behind declining foreign coverage