TOURISTS in Venice are being armed with water pistols – to fend off vicious seagulls.

The Italian town has been plagued by “aggressive and annoying” seagulls in recent years, who constantly target tourists eating while on holiday.

One hotelier said, reported by the Guardian, that as soon as guests get up to go to the buffet, the “seagulls pounce on the food and take it away,” even resulting in broken plates and glasses.

The idea for water guns was hatched during a recent seminar, with hygiene expert Francese Boemo claiming they are a problem for “health and hygiene, as well as for buildings and the environment”.

However, they cannot be exterminated like mice as they are a protected species.

This has led to hotel guests being given water pistols to deter the birds. 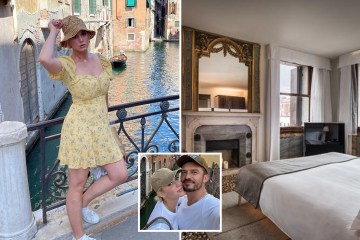 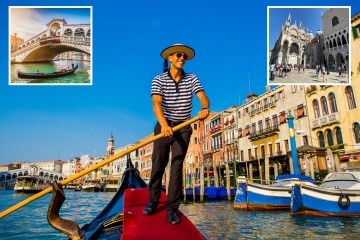 The new plan was hatched after previous ones failed, which included falconers but was deemed too complicated and expensive.

However, they all come in a bright orange, as this is enough to deter them.

Gritti Palace owner Palo Lorenzini told local media that guests “don’t even need to use them” and can just keep them on the table, as the birds fly away as soon as they see them.

Venice is also cracking down on overtourism with new rules in place for holidaymakers.

The town is set to introduce a new fee from this year where tourists must pre-book and pay a day rate to enter.

Visitors will have to pay €5 and pass through a turnstile in order to enter the city.

If the city is too full, then the electric turnstiles will stop tourists from being able to enter.

And a new scheme using the Venice Smart Control Room will follow tourist behaviour, using tourist numbers to be tracked across Venice by working with telecom provider TIM,

Two hotels have given tourists the water guns, which are bright orange and scare the birds away[/caption]