RUMOURS that Xbox may be dropping a new console soon have resurfaced after a leaker dropped a major hint online.

Speaking on a podcast this week, gaming expert Nick Baker revealed that Microsoft is bringing out Xbox-branded hardware this year.

Xbox is reportedly working on some new hardware[/caption]

Baker, who hosts the XboxEra podcast, said the new gear “falls into a different bucket than people are probably expecting.”

He added that he knows what the hardware is, but couldn’t say any more about it.

“All I was told that I am allowed to say is that this year…or should I say maybe sometime this year.

“There’s a lot of stuff delaying things lately, whether it’s the Ukraine situation, still COVID issues, chip shortages, [and] all that sort of stuff.

“So I’m not going to say it’s definitely happening this year, but I’ve been told it should be this year.”

He added: “Xbox currently has some hardware to show that they want to show or that they’re going to show that falls into a different bucket than people are probably expecting.” 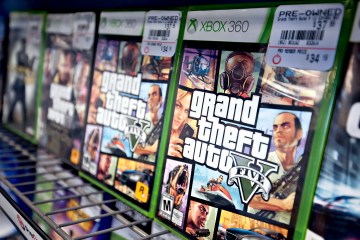 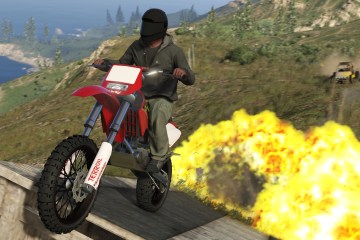 GTA 5 cheats – all codes and numbers on Xbox One, PS4 and PC

It’s not clear where Baker got his information from. Microsoft has not commented on the claims.

Some have suggested that a new console variant may be on the way.

This would likely take the form of a slightly upgraded version of the Xbox Series S, the entry-level console released in 2020.

The next-gen machine could get a slight specs boost to take its performance closer to that of the larger and pricier Xbox Series X.

It’s also possible that the hardware could take the form of a virtual reality headset.

Rival PlayStation already makes its own VR headsets and Xbox has been rumoured to be working on a version for years.

Fans are also speculating whether Microsoft will finally release a portable Xbox console, although that seems extremely unlikely.

Looking for tips and hacks for your phone? Want to find those secret features within social media apps? We have you covered…

Johnson ‘bringing the world together’ over Ukraine says NI secretary

Woman quits her job to turn an old van into her dream motorhome – for just £10,000