Press Gazette is proud to announce the shortlists for the British Journalism Awards 2021.

More than 800 entries were submitted this year including every major news organisation in the UK.

In most categories the judges opted for shortlists of eight, reflecting the extremely high standard of submitted work.

Now in their tenth year, the British Journalism Awards is the only event of its kind in the UK. It is open to all journalists, whatever the medium they work in, and has a strong emphasis on celebrating work which serves the public interest. The judges are also asked to consider journalistic skill and rigour and revelation when making their decisions.

More than 80 judges chosen for their independence and expertise have spent the last month reading and viewing the entered work. They then met for two days of jury-style discussions this week to agree on the final shortlists.

View the video below see the 2021 British Journalism Awards shortlists. We will update this page tomorrow (Friday) with a full text-version of the shortlist including links to all the published work.

Press Gazette is proud to announce the finalists for the tenth #britishjournalismawards. With more than 800 entries this year, making the shortlists is a huge achievement. Winners announced at our awards dinner on 8 Dec. Thank you to our shortlist announcement sponsor @tweetCDN pic.twitter.com/BUaO1XMYoR

The winners will be announced at the British Journalism Awards dinner on 8 December at the Hilton London Bankside.

Tables and single tickets can be bought via this link or by contacting Amelia Blanks: [email protected]

Chairman of judges Dominic Ponsford said: “Thank you to everyone who entered this year’s event, the judges and myself were in awe of the standard of work on display. Once again the British Journalism Awards underline the vital work journalists do exposing corruption, giving a voice to victims and holding the powerful to account.

“When we started this event, ten years ago, the UK news industry was still reeling from the fallout of Leveson, hacking and the 2008 financial crash. Today’s finalists underline the quality, depth, confidence and impact our business has today at all levels – across local, national and specialist media.”

Note: The News Provider of the Year shortlist will be announced next week.

Journalist of the Year, Marie Colvin Award and the  Barbara Blake Hannah award do not have a shortlist. Winners to be announced on the night.

Thank you to our sponsors: 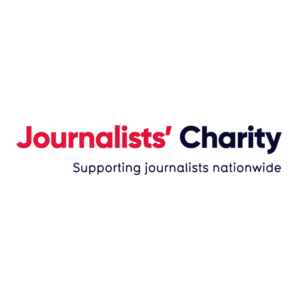 How Easy Is It To Compare Car Subscriptions?

Back to School: What’s the latest?

Week in Review: The abject hypocrisy of the war against the BBC