MUTINY is brewing in the South Africa camp as their stars fear they will be massively under-cooked for the Three Test series against the Lions.

The Springboks begged to play Warren Gatland’s tourists for a second time on Saturday after their warm-up game with Georgia was cancelled after they hit 26 Covid cases.

And SunSport understands that the desperate Boks boys are anxious that they could be embarrassed by the Lions when the first Test comes around a week on Saturday.

A civil war is rumbling behind the scenes with players now unhappy at the schedule they now face.

The World Cup winners have managed to scramble together a second dress rehearsal against provincial side the Blue Bulls in Cape Town this Saturday. 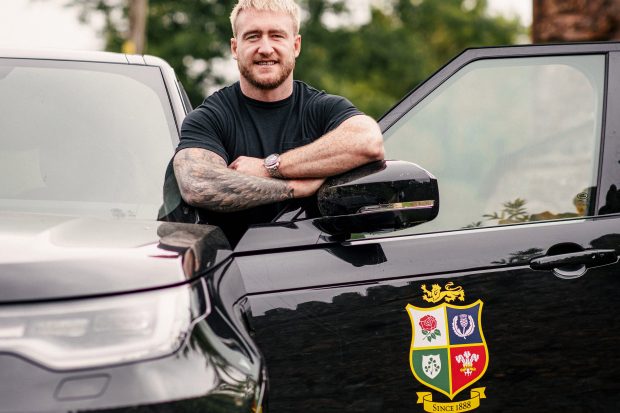 From JONNY FORDHAM in Cape Town

STUART HOGG will rejoin the pride today after the lonely Lion was left in Johannesburg and Covid quarantine.

Fullback and Scotland skipper Hogg has missed three games due to being a close contact for a member of staff who tested positive.

Attack coach Gregor Townsend has also been locked up after the Lions coronavirus scare.

But Hogg now faces a huge battle to prove his place and earn a Test spot when the series with South Africa kicks-off next week.

Winger Josh Adams, who has eight tries in just three games, said: “It’s rubbish, really. It is such a rubbish way to miss out on games.

“Injuries can’t be helped in the game of rugby and in the current times of what we are living in sometimes this happens.

“Unfortunately for Stuart, he was the one. We have all kept in contact and he has been in the loop throughout. We can’t wait to get him back.

“He has been in contact with all the boys on FaceTime and if we have had a backs meeting he is always kept in the loop through zoom.

“He is well aware of what is going on.”

But that game was only given the green light yesterday after the Joburg team recovered from their own Covid outbreak.

South Africa have had a huge number of Coronavirus cases and players face a race against time to be match fit for the First Test.

The Boks are also trying to reunite their country after awful mass looting and riots in both Johannesburg and Durban.

Backs coach Mzwandile Stick said: “We are living in a sad time currently from what we can see on the news and social media.

“One of the main reasons for us as Springboks is to give hope and add smiles to faces.

OUT OF THE SPOTLIGHT

“We will never forget when we won the World Cup, people of all colours: pink, black, brown and yellow – we were only speaking one language, rugby.

“Everyone was happy. That’s the kind of hope we want to build. If our job is to get an opportunity to unite the country then that is what we will aim for.

“We have an opportunity to play the Lions and show South Africa once we work together and spread positive energy, anything is possible and can achieve what we set our minds to as a nation.”

Coronavirus UK news – Lockdown to RETURN in 11 WEEKS with hospitalisations rising by 2,000 every day, experts fear

SIREN: One year on

A safe return to schools

How we’ve supported the education sector during the pandemic

£5,000 fines for going on holiday to be DROPPED from May 17 as getaways become legal