SCIENTISTS are working on eradicating Covid and other pandemics by the end of the decade, it was reported.

The timescale is the same as it took to land humans on the Moon after the United States announced that it wanted to achieve that goal by the end of the 1960s. 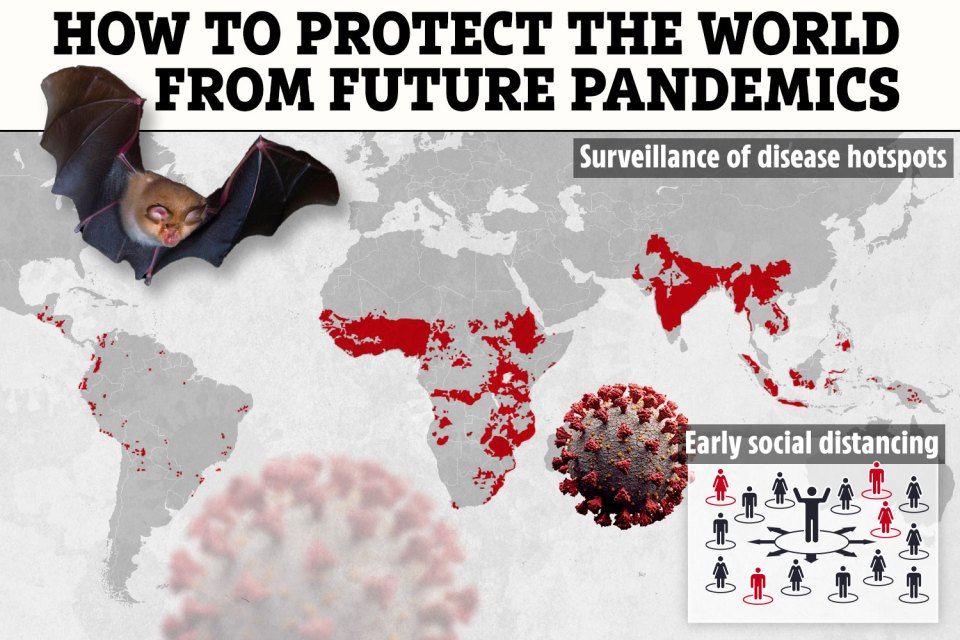 Through advance warning systems and rapid implementation of measures such as social distancing and testing and tracing, scientists believe they can learn the lessons of the Covid pandemic.

Dr Richard Hatchett, the chief executive of the Coalition for Epidemic Preparedness Innovations (CEPI) told the Telegraph the goal of eradicating pandemics is achievable.

“It’s exactly the same timeframe – we can do this within a decade if we are committed to doing it,” he said.

“The technological foundations for being able to eliminate pandemics are essentially available. We know what we need to do – it’s a question of will and mustering the global resources.”

According to the paper, he has devised a social distancing strategy that could have saved tens of thousands of lives in when the virus first struck.

According to Dr Joe DeRisi, who first sequenced the Sars virus in 2003 and a pioneer in genetic sequencing, the world needs an “early warning radar” for the detection of new pathogens.

He said the goal is within sight of being sight of being achieved and was actually being worked on before Covid with 11 centres being set up across the globe.

The aim is to get vaccines available within 100 days[/caption]

“What’s frustrating about this pandemic is right before the pandemic we were in the initial stages of building what I would like to see – a global early warning radar or weather map to identify and track new microbes,” he said.

“It’s a network of laboratories and surveillance nodes that would be constantly sampling the range of sick people and animals across the world, and which aggregates that data centrally so we get an early heads up.”

As well as surveillance, Cepi is also working on creating prototype vaccines for all the known pathogens with pandemic potential in advance of an outbreak.

The aim is to get the jabs into people’s arms within a 100 days after human trials are completed to confirm their safety.

Cepi board member, Dr Rajeev Venkayya, who is also president of Takeda Pharmaceutical’s vaccines business said this could “take the threat off the table for future generations”.

The work to eradicate pandemics within a decade comes amid warnings about so-called Disease X.


Caroline Crouch's pulse surged as husband 'smothered her for 5 minutes'


Another lockdown might be needed in winter if hospitals overwhelmed, medic warns

Scientists have predicted we could face a health emergency or pandemic every five years likely caused by “zoonotic” diseases – when infections jump from animals to humans.

The World Health Organisation (WHO) announced this week it believes Covid is likely one of these types of infections as it is believed to have crossed from animals such as bats to humans.

It has been warned even more deadly diseases like this are on the horizon – with warnings the next pandemic could be on the scale of the Black Death, which is estimated to have killed 75million people.

Everything you need to know about flexi job apprenticeships

Climate change could lead to future like some “Hollywood dystopian films”, expert claims

Amber list update: Vaccinated Brits to find out this week when they can skip quarantine for Spain & Greece holidays