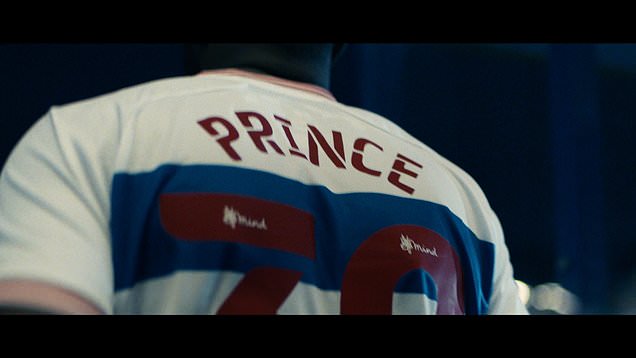 A teen footballer who was stabbed to death 15 years ago has been signed by Queens Park Rangers and made into a virtual player for FIFA 21.

Kiyan Prince, 15, had been a youth footballer at QPR when he died while trying to break up a fight at his school in Edgware, north London, in 2006. He has now been resigned by the club and virtually recreated as the 30-year-old striker he would have been today.

His dad Dr Mark Prince OBE, a former professional boxer, said it had been difficult to see the amazing player his son would have become.

He told Metro.co.uk: ‘It started from primary school, Kiyan loved football and he was a superstar. He was always getting awards. Back then he was just having fun and he began to take it more seriously in his early teens.

‘I remember, I had a conversation with him about how we have to utilise all our strengths to be the best version of ourselves. He really seemed to take it on-board, which is what every parent wishes, for their child to take their advice.

‘He just figured it out and began changing, his muscles were growing, and he was way beyond his age. He had the body of a 19-year-old. But it was also his mind-set, he was beyond his years.’

Kiyan’s family, friends and former teammates worked closely with EA Sports developers to ensure his appearance, on-pitch characteristics and style of play were accurately portrayed in the game.

His likeness was created by Framestore, the special effects studio behind Avengers: Endgame, using a combination of advanced deep fake technology and photo-real illustration.


Joe Gallan, former coach of the QPR youth team, explained how the avatar also had to encapsulate Kiyans’s ‘amazing personality’ just as much as his power on the pitch.

He said: ‘Kiyan was the leader. He was the man, and his confidence couldn’t be knocked. He could make a mistake, but then just keep going where others would start crumbling.

‘He had a bit of an aura about him, it didn’t really matter because the next thing was going to go right for him, and he took everybody with him. Within any successful team, you need to have those types of personalities.

‘It’s the difference between being a footballer and an amazing footballer. His personality, self-belief, confidence and mental toughness was a very, very, very high standard for a 15-year-old.’

Kiyan’s killer Hannad Hasan, 17, was found guilty of murder and given a life sentence in 2006. Dr Prince then created the Kiyan Prince Foundation (KPF), which seeks to empower young people and discourage them from carrying knives.


Dr Prince hopes Kiyan’s virtual player will help more teens find the organisation, while also raising further funds and awareness for the charity. He wants to find a premises for the foundation and create a model on how to prevent knife crime.

He said: ‘I can’t tell these young people what to do unless I can show them the footprints of what I’ve done. I wanted to kill Hannad. I wanted to do all the things that emotions drive you do when you’re so pained up, hurt and in grief.

‘But I had to fight that, and these young boys have to break the cycle. They cannot continue with revenge attacks and resolving their issues with knives. There’s another way, but they need to be taught that way. We need to change the way knife crimes are dealt with.’ 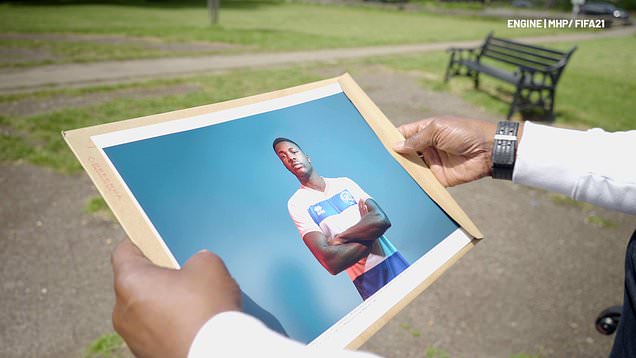 He added: ‘Really this is bigger than me, bigger than Kiyan. The focus is what young people are going to get out of this.

‘I’m hoping [funding] will allow us to collaborate education sectors, employment sectors, counselling, trauma, all these areas to help young people. We want to grow and show how you can change lives.

‘Young people need to know – this guy is in the game. And when we go on here, we can go onto his organisation and we can come out of gangs if we’ve got trouble, we can contact the foundation. That’s what it’s all about.’

Kiyan will be available in Kick-Off Mode and Career Mode in FIFA 21 from May 18 on PC and from May 19 on PlayStation 5, PlayStation 4, Xbox Series X|S and Xbox One consoles.

Wealthy family is looking for couple to work on their private island in the Bahamas – with a £90,000 salary